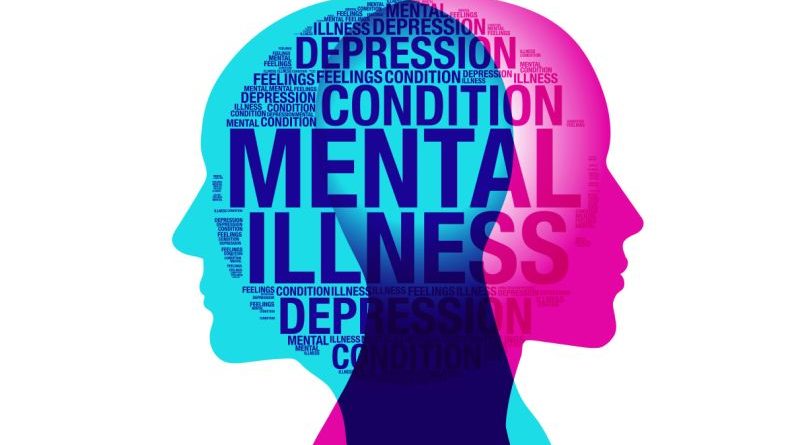 Politics
0 Comments
Roy Grinker is a professor of anthropology and international affairs at George Washington University, and the Editor-in-Chief of Anthropological Quarterly. He is the author of several books, including Unstrange Minds: Remapping the World of Autism, which received the National Alliance on Mental Illness KEN award for “outstanding contribution to the understanding of mental illness.”

Below, Roy shares 5 key insights from his new book, Nobody’s Normal: How Culture Created the Stigma of Mental Illness. Download the Next Big Idea App to enjoy more audio “Book Bites,” plus Ideas of the Day, ad-free podcast episodes, and more.

1. Normality and abnormality are fictional lands that no one inhabits.

Before World War II, the word “normal” was just a mathematical term that meant “average.” But in post-WWII America, often called the “Age of Conformity,” people wanted to follow traditional patterns of social life—including the division of labor between the female homemaker and the male breadwinner who, together behind their white picket fence, could produce normal children. Gradually, “normal” became something to aspire to. It also became an ideological tool with which to stigmatize people who didn’t fit in.

But now we are realizing that “normal” is a damaging illusion that our culture created. And we are seeing that mental illnesses affect us all—either individually, or because of our relationships to others. We are also acknowledging that mental illnesses are a matter of degree, and that over the course of our lives, we move along a spectrum of illness. And finally, we are realizing that many human differences are pathological or disabling only if society makes them so.

2. Everyone should have the right and dignity to fail.

One of the paradoxes of the “sink or swim” mentality in capitalism is that we encourage people to take risks, even to fail—but we don’t do that for people with disabilities. Our impulse to shelter and protect them can actually be dehumanizing. Shouldn’t we all be given the chance to succeed, and have the dignity to fail?

“Mental illnesses affect us all—either individually, or because of our relationships to others.”

When we do give disabled people a chance, we often expect them to be like “us” and to “overcome” their disability. But they are significantly more likely to be paid less or be unemployed, so we need to rethink our expectations about what constitutes success. We need to value working with accommodations, working as a volunteer, working part-time, or even working less efficiently than others.

3. We can reclaim and redefine the words that shame us.

In The Scarlet Letter by Nathaniel Hawthorne, Hester Prynne is forced to wear an embroidered red letter “A” as punishment for adultery. Years later, though no one expects her to still wear the “A,” she insists. Hawthorne says that what had been a stigma became a matter of pride, pride in her strength and endurance.

The lesson here is that we can change stigma by taking ownership of the words and practices that exclude and discriminate. LGBTQ advocates reclaimed the word “queer” from bigots, for example, and the neurodiversity movement seeks similar goals as they challenge discrimination. These movements do not aim to make their constituencies “normal”—like Hester, they seek to empower themselves on their own terms. The more we refashion and take ownership of old, negative words, the more we diminish their power to hurt.

“Stigma isn’t in our biology—it’s in our culture.”

4. To be dependent on others is to be human.

Americans tend to value independence, individuality, and autonomy, while the opposite condition—in which a person needs and depends on others—has led to stigma and discrimination. Slowly but surely, however, we are changing our ideals. Seeking treatment for post-traumatic stress disorder, for example, is increasingly seen as evidence of strength rather than weakness. People with mental and physical disabilities are beginning to reject old norms, like the expectation that at the arbitrary ages of eighteen or twenty-one, a person should be living independently. Athletes are now thanking their therapists after they win big games, Bruce Springsteen writes about his treatment for major depression, and we know that even Pope Francis was once in therapy with a psychoanalyst in Argentina. In 2017, David Letterman’s psychiatrist actually joined him on stage when he received the Kennedy Center’s Mark Twain Prize for American Humor.

5. If culture put stigma and illness together, it can also take them apart.

For two and a half centuries, the island of Martha’s Vineyard was home to a small population of English settlers who rarely left the island and therefore married each other. Due to the decades of inbreeding, a genetic disorder emerged. By the end of the 1800s, almost a quarter of the residents in some villages had some degree of hereditary deafness. But the deaf, the partially deaf, and the hearing devised their own sign language so that they could communicate. And with no other population to compare themselves to, they assumed that deafness was an ordinary part of human variation. In fact, deafness was so common that descendants of the settlers had trouble recalling who in their family was deaf or hearing—because everyone spoke sign language.

The important point is here that the deaf were not singled out; because everyone spoke sign language, deafness was not considered a disability and was never stigmatized. So we need not surrender to stigma, as if it were natural to marginalize otherness and difference. Stigma isn’t in our biology—it’s in our culture. It is a process we learn from within our communities, and ultimately, we can change what we teach.